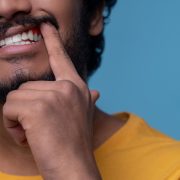 Taking care of your teeth is important to your overall health. It can help prevent gum disease and other dental problems. When your teeth and gums are healthy, they do not bleed. If you do have bleeding gums, you should see your dentist in North Little Rock, AR. Common reasons for bleeding gums include:

The simplest explanation for bleeding gums is either using too much force while brushing or using a toothbrush with too-hard bristles. When brushing your teeth, make sure to use a soft or medium-bristled toothbrush. Brushing with a stiff bristle can irritate your gums and damage the soft tissue. Don’t apply excessive force. If gums are bleeding, try being more gentle while brushing.

Some people also have vitamin deficiencies, including vitamin C. Vitamin C is important for strong and healthy gums. Taking multivitamins and eating foods rich in vitamin C may help.

Side Effect of Medication

Certain medications may also cause bleeding gums. They include blood thinning medications, over-the-counter pain relievers, and ibuprofen, and certain other prescription medications.

One of the more common reasons for bleeding gums is plaque build-up at the gum line, or under the gum line. If your gums continue to bleed after addressing the possibilities mentioned above, chances are that you have plaque build-up. This is a precursor to some severe gum issues, and a visit to the dentist is needed to remove the plaque. Otherwise, you run the risk of developing tartar accumulation, gum disease and worse.

Contact your dentist in North Little Rock, AR for help diagnosing and treating your bleeding gums. The sooner you get help, the more likely it is that you and your dentist will be able to prevent a more serious oral health situation from occurring. 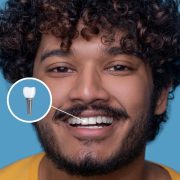 If you’re missing a tooth, then a prosthetic tooth can help restore your smile. For many dental patients, implants are the top choice for tooth replacement. Below is an FAQ to provide you more information about implants and how they can help you. If you have more questions, your dentist in North Little Rock, AR can tell you more. Call Mounts Dental Care today.

What is an Implant?

An implant is a prosthetic tooth that can be used to fill a single gap or multiple gaps in your mouth. Implants are installed in the jaw and fused with the bone before a crown is placed on top.

Who Needs an Implant?

You can benefit from an implant if you’re missing one or more teeth. It’s important to fill the gap in your mouth because teeth shift in the jaw over time. If you leave an empty gap between two teeth, they will eventually move to fill in the empty space, causing tooth misalignment.

Implants are designed to look natural. In fact, the crown that your dentist orders for your teeth will be custom-made to fill the space in your mouth. Most crowns are tooth-colored. Your dentist will order a crown that is made to match your other teeth in color. This way, no one will be able to tell that the implant isn’t a natural tooth, just like your other teeth.

How Are Implants Maintained?

Implants are brushed and flossed, just like regular teeth. Use a non-abrasive implant-safe toothpaste to keep your implant clean. When you come in for dental examinations, your dentist will check on your implant, just like your other teeth.

Have more questions about implants in North Little Rock, AR? Call today to make an appointment.